My old sketchbook and curcuma

I’ve been preparing for my life journey to Asia lately, so I don’t have much time for painting, but yesterday I was given a flower called Curcuma. I knew about spice called turmeric (which in polish is “kurkuma”), but I had no idea that the spice comes from this flower.

It looks really exotic. It has pink petals with green endings and a really long leaf. Of course I took tens of photos, because I hope to paint it (more accurately than I did today) when I come back.

Today I took my old sketchbook from the drawer and I fortunately got some white pages which I could use for some sketches. I tested some color mixes first, because in this sketchbook I hadn’t used my new paints before. Then I took my nib pen and black ink and I was freely trying to draw this flower. Just a quick sketch.

After I done it I took my paints and add some colors. I also tried to write “Kurkuma” and color names with a nib pen. But it was quite difficult, because I made my sketchbook with cold pressed paper (I think it was Canson Vidalon or Montval, I’m not sure), and the surface has hard texture to write on it.​

But eventually I wrote it somehow, althought I have no idea about calligraphy, I just tried to make it looks nice.

It was a big fun to paint it. Drawing and painting in sketchbook is really different than normal painting. You don’t have to be really accurate, you can do whatever you want, you can feel free and make a lot of mistakes. It’s your own sketchbook, and you can do everything. I’m going to buy Stillman and Birn Zeta Series sketchbook as soon as I come back from Asia. I can’t wait to see that sketchbook, because a lot of people recommend it and I also have to admit, that it looks exactly how I want my sketchbook to look like. Nice cover, thick and smooth pages, good for watercolor. It seems to be perfect.

My old sketchbook I made by myself thanks to Sea Lemon’s videos on YouTube. She showed step by step how to make a sketchbook and how to make nice and easy bookbinding and I tried to do it myself, because I couldn’t find any sketchbook with thicker pages for watercolor here in shops.

Here are some sketches I did earlier in this sketchbook: 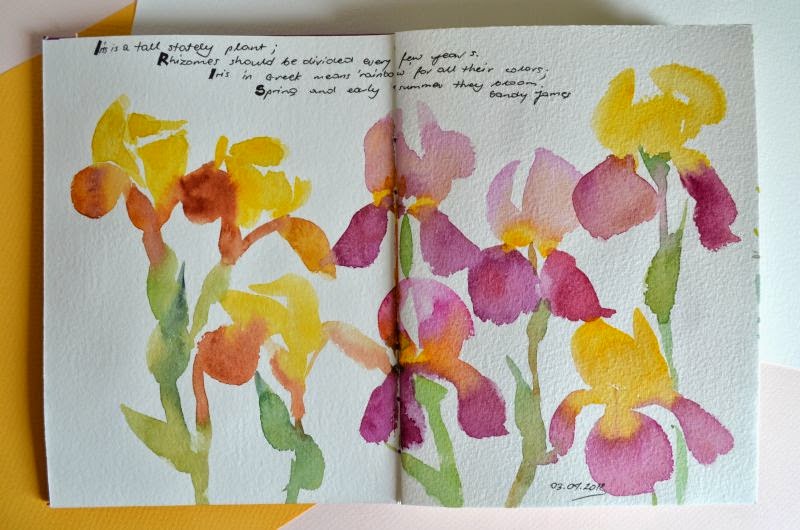 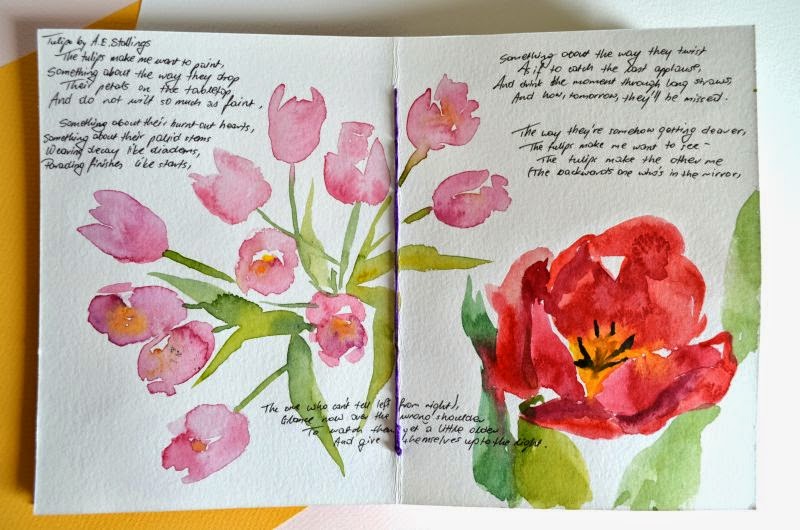 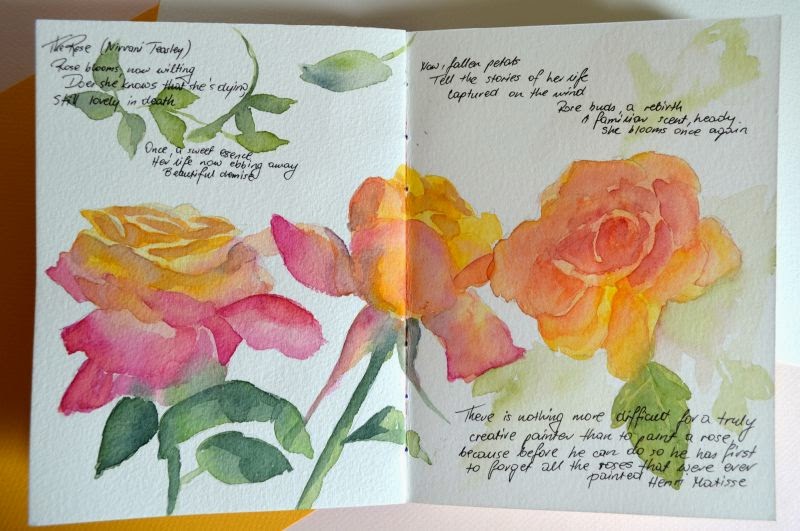 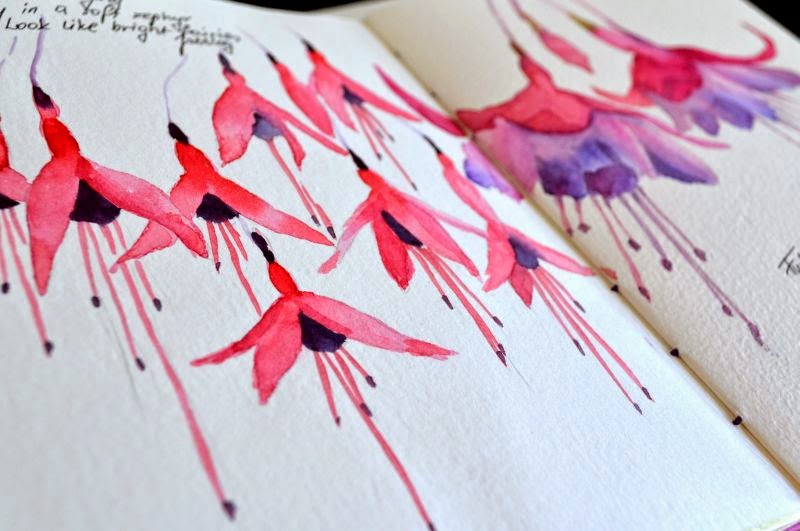 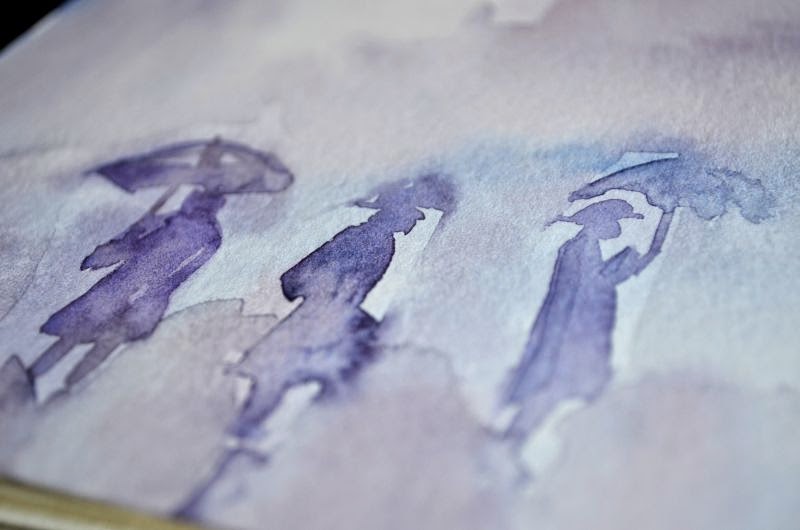 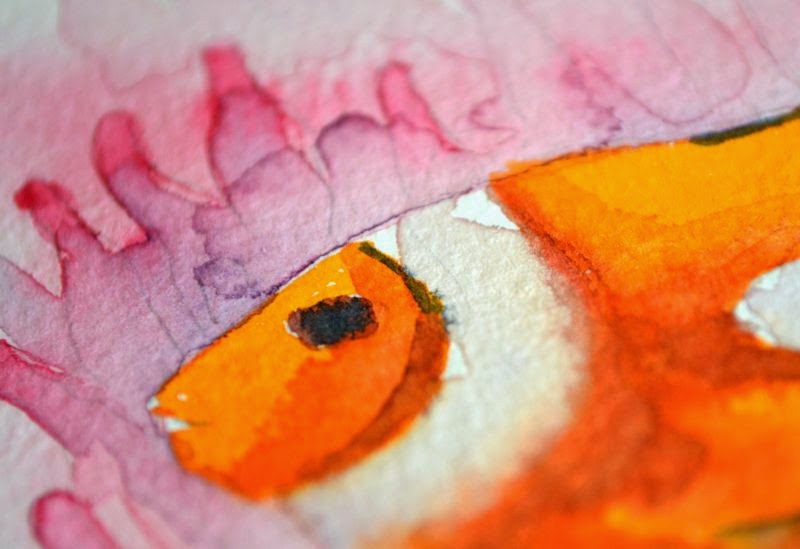 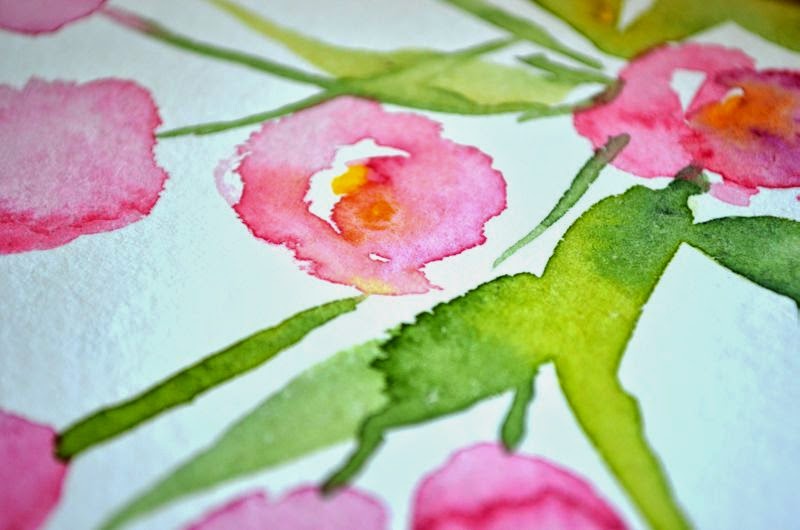 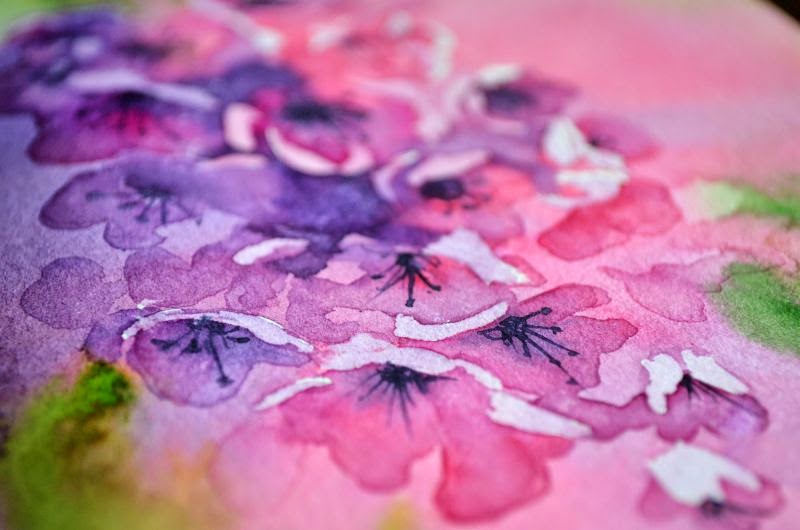 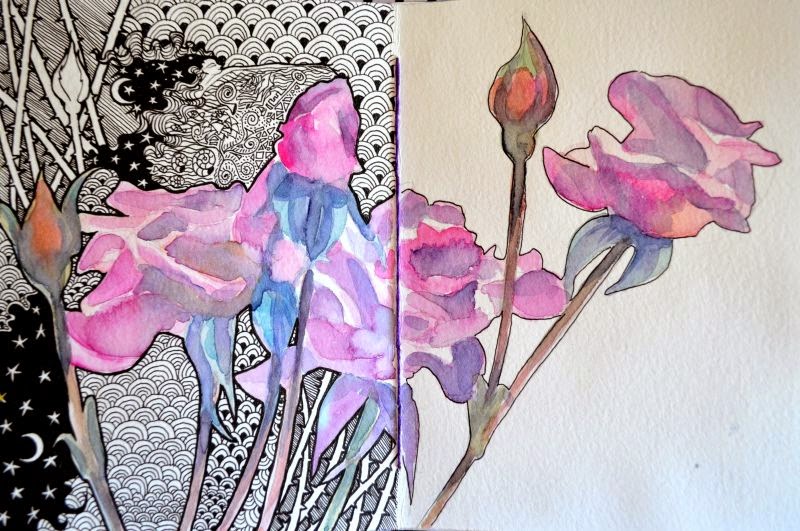 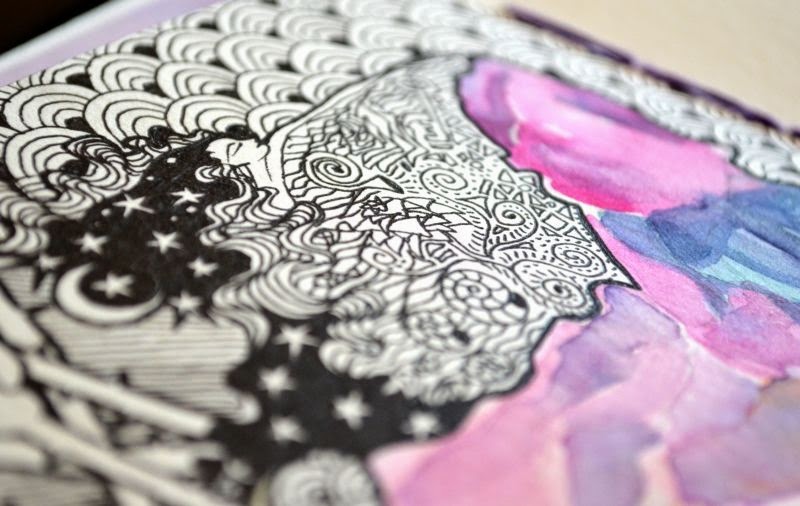 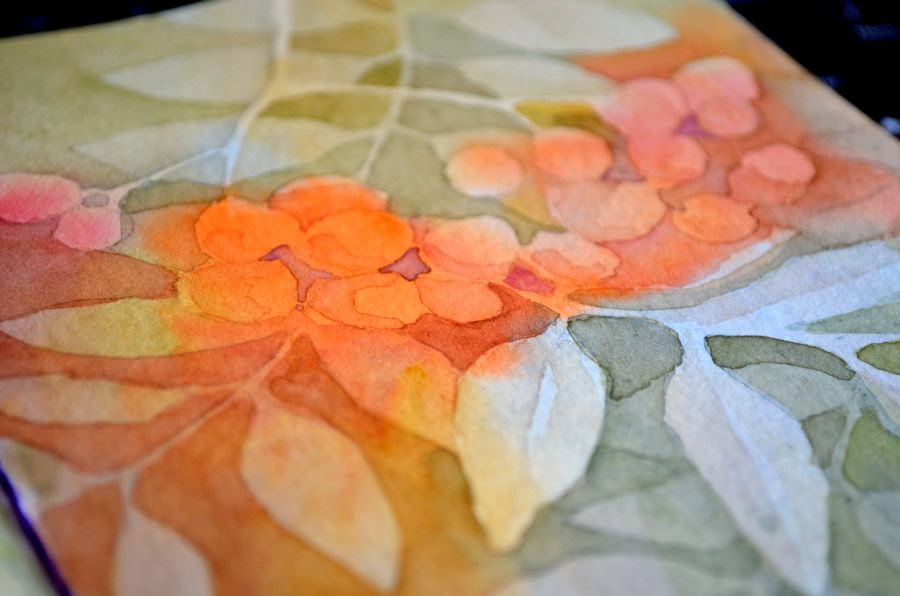 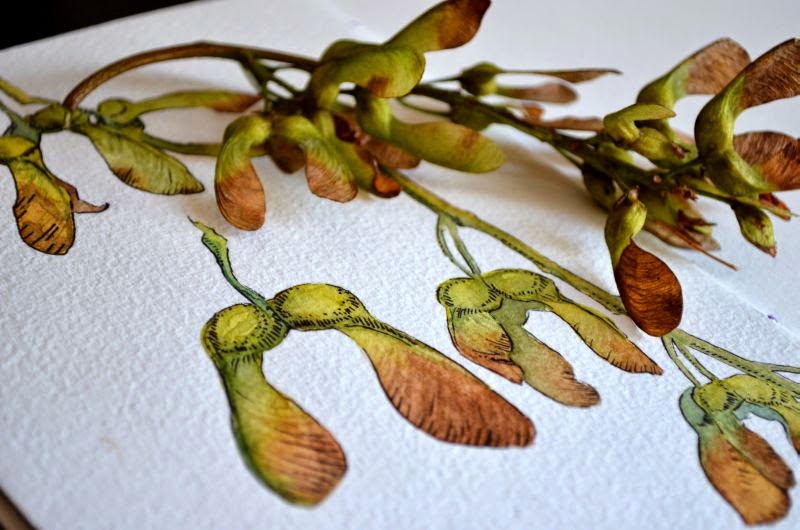